Chess improves analyticalĀ  skills, influences in comprehensive sustainable growth of a child. Helps in memorizing, teaches abstract and logic thinking and develops spatial imagination. Chess takes part in intellectual and creative growth. Moreover chess has a big impact onĀ Ā  educational aspects, because teaches kids courage and responsibility for their own decisions. Young adepts become more patient and mindful. Kids became aware that not always their decisions are right, that lead them to become more objective and behave with respect.In result these positive characteristics take part not only during game, but also in school. Kids show a better ability to focus, memorize and solve school tasks.

Are You curious where chess are from?

There is a lot of legends concerning chess origin. Itā€™s hard to say exactly when it was invented. Old Persian legend says that it was invented on the kings recommendation. The king asked for a game that would represent values like: mindfulness, care, cautiousness, wisdom. King was delighted by the chess game, and wanted to reward the inventor. One seed for one chess move and doubled every next move seemed a small reward. The game turned out to be priceless, because the number of seeds was greater than the earths crops. 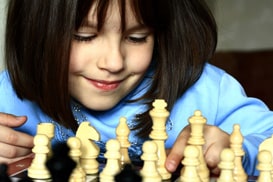 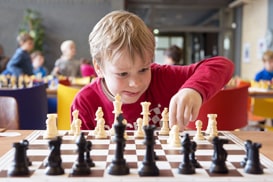 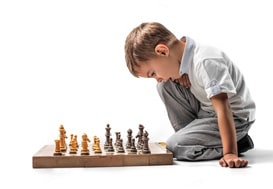